I have never used this blog as a channel to promote my company, its activities, or its people (thought I have referred a few times to my own and my colleagues’ business presentations to illustrate some prominent public speaking do’s and don’ts) but today I’m going to make an exception for our chief executive. Not because he’s my big boss, but because he delivered such an outstanding presentation at one of the world’s most important tech industry events.

If you have about 20 minutes, take a look at the video recording of Nokia president and CEO Rajeev Suri’s keynote at the Mobile World Congress 2017. He speaks about the Fourth Industrial Revolution, which is the next wave of technological evolution or the “automation of everything,” and how the world needs to create a new 5G network that will act as a global nervous system to orchestrate this revolution. 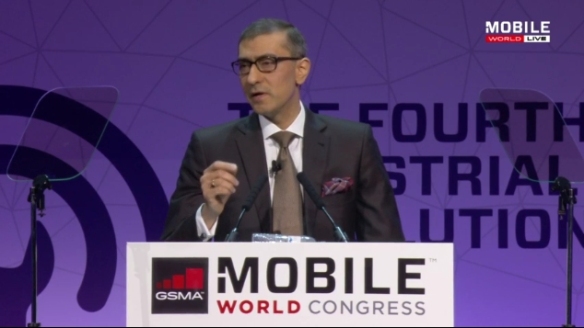 Over the past 4½ years, I have written more than 160 articles about best practices in corporate storytelling and, while preparing this new post, it came to my mind that our CEO used almost every presentation technique I have written about. His presentation is compelling, credible, concrete, clear, consistent, customized, and conversational. Taking “the 3 P’s of a professional public presenter” as a checklist, I could only come to the conclusion that the head of my company is a smart orator, a skilled speaker, and a stylish presenter.

With his opening words “It’s a pleasure to be here at such a moment of change. We have the good fortune to stand on the threshold of one of history’s greatest leaps forward,” he’s playing the prelude to a visionary pitch, in which he talks in concrete terms about the possible outcomes of the technology revolution: “making our lives better, our industries more efficient, our planet more sustainable.” Note that, throughout the whole speech, he’s generously using the rule of three and illustrating his technological vision with appealing use cases, such as 3D printing, self-driving cars, an entire factory floor of robots, or millions of drones hovering our skies. And when the Nokia CEO says that “we need technology in the service of humans,” he is reciting the company’s mantra, “expanding the human possibilities of technology.” A theme that is also repeated in a strong ending: “Ultimately however, what matters most is how we put this technology to use. … We can do both good business and do good. Because that is the promise, the possibility, what we can do together.” Your story is your brand (and vice versa), isn’t it?

Rajeev also uses compelling metaphors, like “hotspots on steroids” and word symmetries like “hyper-local, hyper-mobile, and hyper-scale,” while his visuals are simple and clean, with few words on the slides, supported by proper graphics. And, within a (relatively short) twenty-two-minutes time slot, he even manages to show an animation video and – how audacious! – to include two interactive demonstrations. The video streams of the monster trucks race and the industrial robot demo, wrapped in live conversations with the exhibition floor, turned out to be great means to walk his talk, connect with his audience, and lead people to the Nokia booth. 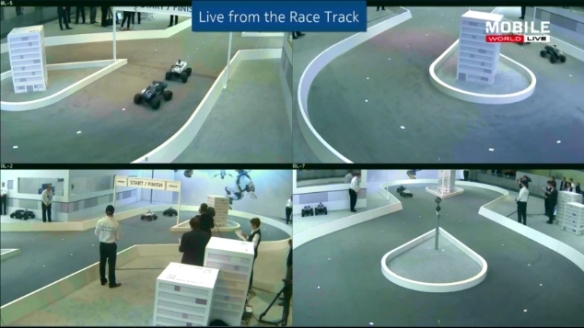 Doing a live demo is always a risky undertaking, as the demo devil may be just around the corner, but knowing my marketing colleagues that contributed to the event I’m sure that everything was well-prepared.

Three years ago while I was attending a previous edition of the Mobile World Congress, I wrote a blog post “about storytellers, storydoers and storymakers,” in which I stated that only great personalities can combine these three roles. They not only have great ideas, but they also have the capabilities to execute them, and engage their audience – and as such create or change an industry. Listening to and analyzing his 2017 MWC keynote address have made me conclude that Rajeev Suri deserves a spot in this hall of fame.

You can replay the video recording of the presentation here:

Over the past weeks, there has been a lot of excitement about the unveiling of the Tesla Model 3. But almost exactly one year ago, the car maker’s CEO made another game-changing announcement.

On April 30, 2015 Elon Musk introduced the Powerwall, a home battery system that charges using electricity generated from solar panels (or when utility rates are low) and powers your home in the evening. 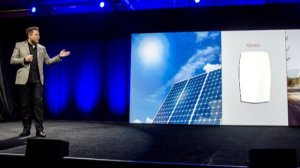 Although there was nothing really revolutionary about the lithium-ion battery technology that Tesla showed off, Musk delivered a memorable pitch. His presentation changed the public’s perception of batteries — similar to when Steve Jobs talked about a new laptop, or introduced the iPhone. And he thoughtfully applied Simon Sinek’s golden circle principle.

As I described in an earlier post on this blog, Sinek’s message is as simple as it is powerful: People don’t buy what you do; they buy why you do it. That’s why great leaders always start with the WHY, before they talk about the HOW, and the WHAT.

Of course there’s still one small matter that needs to be solved: “The issue with existing batteries is that they suck. They’re really horrible. They look like that. They’re expensive. They’re unreliable. They’re sort of stinky, ugly, bad in every way, very expensive – you have to combine multiple systems – there’s no integrated place you can go and buy a battery that just works…”

Particularly for this kind of groundbreaking technology innovation, it may be important to give evidence that you’re not just showing slideware.

In yet another post on this blog about storytellers, storydoers and storymakers, I wrote that only great personalities are able to combine these three roles. They not only have great ideas, but they also have the capabilities to execute them and engage their audience — and as such create or change an industry. If you ask me, Elon Musk is certainly one of them.

This is a true story that happened a couple of years ago when two executives of competing companies delivered a plenary keynote address during the opening session of a large industry conference.

The first presenter of the day was deliberately a charismatic speaker. He brought a broad and interesting slideshow about his company’s vision on emerging market trends, the challenges and opportunities these pose to customers, and gave examples of how his people were providing the right solutions to tackle the problems.

Forty-five minutes later, the second speaker talked about largely the same industry topic, but addressed it from a technical regulation perspective – with lots of acronyms, jargon and details. During his speech, he made at least five references to the preceding presentation, acknowledging the trends, challenges and opportunities earlier listed by his competitor. But he forgot to mention his own company, and neglected to talk about the products and solutions they were building and selling.

Both keynotes were interesting, complementary and well presented, but IMHO speaker #2 made a few notable mistakes:

Although I am not a fan of hard sales talk (particularly not at public events), the first keynote speaker certainly did a better job in selling his story, his employer and his products. 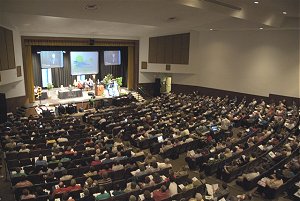 More keynote presenter advice may be found in this blog post by Mike Brown.